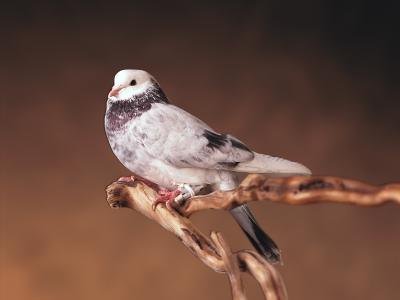 Homing pigeons have a somewhat mysterious ability to navigate to a home base over thousands of miles and many days of travel. Since ancient times, humans have harnessed the ability of these birds, in particular to deliver messages. While some other types of birds may have similar navigational abilities, the homing pigeon alone has served humans with any notoriety. Inside tubes or pouches attached to their bodies, homing pigeons have delivered weather reports, war correspondence and even contraband.

According to the Royal Pigeon Racing Association (RPRA), the earliest recorded use of messenger pigeons is from about 1200 B.C. when the birds delivered messages about flooding on the Nile. During ancient times, carrier pigeons became war correspondents. This use continued through World War II. A pigeon news service was established in 1840 in Europe, and a pigeon postal service existed throughout France in the 1800s.

Human advancement in the form of new technology that aided messaging made the use of carrier pigeons to deliver messages obsolete. The Chinese Ministry of National Defense, nevertheless, still maintains 50,000 carrier pigeons; some other countries' defense organizations maintain smaller flocks. Hobbyists around the world keep and train homing pigeons, and inmates have put the birds to work. Carrier pigeons have reportedly been intercepted coming into prisons laden with cell phones and drugs.

The carrier pigeon (Columba livia) is the same species as those feral birds you see flocking at parks for handouts. The coloring of homing pigeons, also known as rock pigeons, can vary, but is most often blue to gray. When ready to nest, the male bird brings the female twigs and stems, and she does the building. The couple take turns incubating the eggs and take part in feeding the babies. Eating primarily fruits and seeds, pigeons are well known for scavenging from human litter and handouts like bread crumbs

Homing pigeons used for message delivery are trained to return to a home loft. The birds are confined to a loft for a period; then the pigeon keeper begins training by releasing the birds 20 to 30 miles from home, and then increasing the distances. The bird is transported to the location from which the message will be sent and released to take the message back to the home loft. For example, during World War I, the British Air Force released 20,000 pigeons over Germany. The messages inside the tubes asked anyone who found a bird to send information about the war by placing a new message in the tube and releasing the pigeon to return home.

Several theories exist regarding how homing pigeons find their way home. According to the RPRA, the birds likely have internal compasses that help them navigate -- they rely on the magnetic contours of the earth as well as the location of the sun. Research at Oxford University suggests that the birds follow natural landmarks. Evidence suggests homing pigeons' sense of smell helps them find their way home.